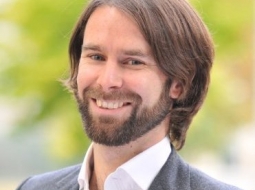 Semantics Conference co-founder and chair member Tassilo Pellegrini took the time to participate in a 3 plus 1 Mini-Interview. Read about his first encounters with semantic webs in the late 90s, how he bridges gaps between academic and industrial world and how his passion for semantic technologies and artificial intelligence is accompanied by a healthy portion of scepticism.

Pellegrini: I have been working professionally with semantic technologies for more than a decade. In 2003 I co-founded the Semantic Web School (now the Semantic Web Company) in Vienna. Since then semantic technologies have accompanied me throughout my entrepreneurial and academic activities. My first contact with the term “semantic web(s)” was back 1996. I had been studying neurophysiology at that time taking a course on neurolinguistics. I volunteered on a presentation about John F. Sowas article “Semantic Networks” (Encyclopedia of Artificial Intelligence, Wiley, 1987. See also: http://www.jfsowa.com/pubs/semnet.htm). When the term “Semantic Web” suddenly appeared in the computer sciences in 2001 as a reaction to Tim Berners-Lee et al. article in Scientific American, it was all like a big deja-vu.

2 - #Semanticsconf: What do you consider the most promising project with respect to Semantic Technologies and Industry?

Pellegrini: I was lucky to be involved in the FP7 project LOD2, which was characterized by a close cooperation between academic and industry partners. Very often attempts to transfer of knowledge between these two communities – the scientists and the business people – fail i.e. due to cultural differences. But in LOD2 it worked out really well and I dare to say that this project gave the industrial application of Linked Data technologies a big leap. The project’s output is still resonating and has inspired a lot of follow up activities.

3 - #Semanticsconf: Did you experience a remarkable moment with semantic technologies/artificial intelligence?

Pellegrini: I am convinced of semantic technologies to be really helpful in our daily lifes. I followed IBM’s Watson experiment closely and found it really fascinating – technologywise. But I have always been very critical about the application of semantic technologies in the context of artificial intelligence. You can call me a sceptic here. It is not the threat of singularity that bothers me, but the overall mindset that coincides with the vision of a post- or transhumanistic world. We should be very cautious here.

+1 - #Semanticsconf: What do you consider the most inspiring read / tool / project on Semantic Technologies?