3+1 Feature: How Semantic Technology Will Change Our Present Perspective of the Past - Keynote Speaker Marie Wallace (IBM) 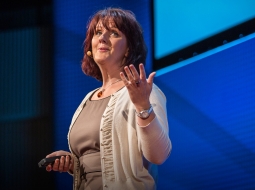 A lover of technology with a fascination for the cultural and societal aspects of our world, Marie Wallace has spent the last decade building analytics technology at IBM, that bring together semantic technologies and the human dimension. After leading IBM LanguageWare from a small NLP project to what would eventually lead to dozens of IBM products including IBM Watson, Marie has spent the last years analyzing people networks. In her current position as IBM Analytics Strategist she is applying content, semantic, and network analysis to enable individuals and organizations to find solutions which not only are personalized but also contextualized. Amongst business solutions this has brought her to work for historic projects which re-contextualize historic events in terms of human networks. She also is a strong believer of an open and transparent culture blogging and tweeting opinions and relevant content on her own social channels.

At SEMANTiCS 2016, Marie will deliver her keynote on the exciting, prevailing topic of “The Semantics of the Human Network” and of how we can turn the chaos of social network content into clarity.

1. Which application areas for semantic technologies do you perceive as most promising?

There are so many different areas where semantics are becoming increasingly important, not least of all in the cognitive computing space which IBM is heavily invested in. In recent years I've been mainly working on human network analysis; an area which I believe is under-served by the semantic community and needs semantic technologies (modelling and analysis) in order to deliver on the promise of cognitive systems.

2. What is your vision of semantic technologies and artificial intelligence?

In IBM we think in terms of cognitive systems which aim to learn at scale, reason with purpose and interact with humans naturally, and none of this can be realized with leveraging semantic technologies.

3. How do you personally contribute to the advancement of semantic technologies?

While my interest in semantic technologies started when I was building natural language processing technology for IBM, technology that is now part of IBM Watson, in recent years I've been mainly a consumer of semantic technologies. I work on use cases which try to make sense of large complex multi-dimensional human networks which creates some interesting challenges. I work closely with my colleagues in the semantic space to explore ways to address these challenges.

+1 You have been working on many historic research projects. Will semantic technologies not only change our future but also our past?

I don't believe semantic analysis can change the past, but it can definitely change our understanding of it. As an example; in the 1641 Depositions project I worked on with Trinity College Dublin, we were applying semantic analysis to extract meaning and insights from depositions and relationship extraction to uncover human networks that would help us better understand what actually happened during that troubled time in Irish history. A tagline that we used was "Integrating the past into the present to guide our future" and that's how I believe past, present, and future come together.