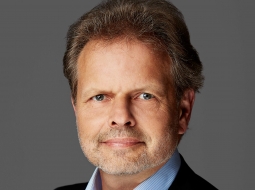 As a head-up to the SEMANTiCS 2016 we invited several experts from Linked Enterprise Data Services (LEDS), a “Wachstumskern” project supported by the German Federal Ministry of Research and Technology (BMBF), to talk a bit about their work and visions. They will share their insights into the fields of natural language processing, e-commerce, e-government, data integration and quality assurance right here. This is part 5. So stay tuned.

Holger Wollschläger is a passionate advocate of an open e-government world. Not only does the IT consultant in the strategy field of "partner solutions" want to help creating open and efficient democratic structures when cooperating with the creative minds of public administrations, research institutes and citizens. Above all, he sees a hitherto hidden data treasure in the public administrations which hold a vast amount of important information both for citizens and for administrative decision-makers. Hence since 2003, he is responsible for data integration and e-Government at Lecos GmbH, the IT service provider of the City Council of Leipzig.

Holger Wollschläger sees a very diverse potential in this hidden data treasure. For example, how would visualized Linked Data of surrounding noise, transport, educational infrastructure and city planning support the decision of citizens with regard to their choice of residence? Or what about the future of city planning itself - especially in the context of optimization and need analysis? For Holger Wollschläger, the possibilities are far from being exhausted.

How can Linked Data and Semantic Web improve the dialog between state / municipal authorities and citizens?

The provision of public administration data has two levels: One to boost the economy, and one in the context of the municipal activities of a local authority.

In regards to the economic development focus I mainly see the following development opportunities:

The municipal government naturally benefits from better communication within the community (i.e. between the administration and citizens), but also between the local authorities:

What are current bottlenecks in the implementation of this dialog?

I still see a discrepancy between citizens' needs and administrative measures. That's not even necessarily caused by a lack of goodwill, but primarily due to missing or limited administrative possibilities to analyze or “foresee” the citizens’ needs. There is still a lack of platforms and data in order to approach administrative decision making in a creative way. A major problem certainly is the lack of resources to continually develop the administrations’ services.

Ultimately, the dialog with stakeholders in the population must be actively initiated and lived. And to achieve a real majority in the expression of citizen interests and needs, there must be easy-to-use possibilities and tools to enable a clear, open and transparent communication that invites dialog. Not every citizen has the opportunity to participate in public discussions at the City Hall during weekdays.

How does the LEDS project help to improve democratization and citizen participation?

As part of Linked Enterprise Data Services we develop a higher-level hierarchy architecture that can uniformly integrate and match data from different public data sources. This, for example, would allow a live view of the data too.

This approach has three objectives:

LEDS is a joint research project addressing the evolution of classic enterprise IT infrastructure to semantically linked data services. The research partners are the Leipzig University and Technical University Chemnitz as well as the semantic technology providers Netresearch, Ontos, brox IT-Solutions, Lecos and eccenca.