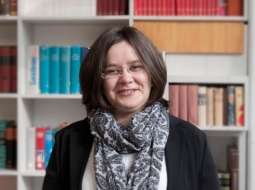 Where would the internet and software engineering world be, if the open source and free software community wouldn’t exist? Nowhere near as open and free as it is today, we’d say. Lydia Pintscher is one of the main matadors who has been fighting for transparency and the availability of non-corporate free software for the daily needs of end-users for years. As a long-time member and now president of the KDE e.V., the international free software community which produces free and libre applications which run on modern systems like Unix or Windows, she has managed several large mentoring programs and guided one of the largest communities through significant technical changes. Furthermore, Lydia is also product manager at Wikidata, the collaboratively edited knowledge base  operated by the Wikimedia Foundation. And she loves to help people make awesome happen.

At the SEMANTiCS 2016, Lydia will deliver her keynote on “Wikidata: bringing structured data to Wikipedia with 16,000 volunteers”.

Q1: Which application areas for semantic technologies do you perceive as most promising?

The most exciting thing for me around semantic technologies is seeing them come from idea to very crude prototypes and hacks to useful and usable. At the end of the day I see semantic technologies - just like any other technology - as a means to improve our lives. This is what we are doing with Wikidata. We are building a knowledge base that serves Wikipedia, its sister projects and everyone else who needs structured data about the world. In Wikidata thousands of people collaborate to collect and maintain this data - no matter what language they speak and what culture they come from. With the help of Wikidata suddenly the smaller Wikipedias can easily benefit from the work done in one of the larger Wikipedias - which wasn't possible before. Suddenly they can provide their readers much more information than they previously could. So I would say for me the most promising application area of semantic technologies is using them to magnify the impact of work people do.

Q2: What is your vision of semantic technologies and artificial intelligence?

I wish for both semantic technologies and artificial intelligence to learn to deal with the complexity of the world instead of trying to dumb it down. The world is complex and it doesn't get less complex by us trying to press it into nice boxes. Over and over again we see technology hiding crucial complexity and dissent and this is not helping us in the long term. Try asking your favorite search engine for the capital of Israel for example. One of the most crucial decisions we made at the beginning of Wikidata is to allow collecting different data about the same thing - backed up by references - in order to surface knowledge diversity and to allow to capture the complexity of the world. I hope we will see that spread more widely. The second crucial thing I believe is that we need to make sure to build these technologies in a way that gives people control instead of taking it away from them. This starts with allowing them to tinker with the underlying software and data.

Q3: How do you personally contribute to the advancement of semantic technologies?

My team and I plus thousands of amazing contributors to Wikidata are advancing semantic technologies in two ways. First by bringing them to Wikipedia. Wikipedia is something pretty much everyone of us uses regularly and relies on. But it is also a complex social system that brings together many people from different backgrounds and cultures. Building tools that can support them and deal with the complexity of the world will hopefully also benefit others in the future. We are seeing the start of a shift from read-only open data to editable open data. We are at the forefront of this and learning how to enable people to build a knowledge base collaboratively on a large scale - just like Wikipedia. And the second way is by exploring in the real world how semantic technologies can do more to capture and deal with knowledge diversity and the complexity of our world.

+1: You are very passionate about free software and free culture. How do you support these movements? And do you see it threatened by the large corporations?

I am the product manager of Wikidata and the president of KDE e.V., a free software non-profit. I see Wikidata as a crucial part of the free software and free culture movement for three reasons:

1) Wikibase, the software underneath Wikidata, is free software. Anyone can go and set up their own knowledge base similar to Wikidata. I think this is extremely powerful and will help build an ecosystem around Wikidata. This makes a lot of sense for very specialized projects for example.

2) Wikidata is one of the most important puzzle pieces that make Wikipedia ready for the future. Only with a shared knowledge base can Wikipedia get closer to its vision of giving everyone access to the sum of all human knowledge.

3) All the data in Wikidata is freely available for anyone to use. In a world where data is at the core of everything Wikidata is an equalizing force. Anyone can use our data to build the next big thing - whatever it might be.