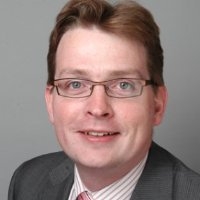 Erwin Folmer was born on July 10, 1975 in Zevenaar, the Netherlands. He received his Masters degree in Technical Business Administration from the University of Twente. In 1999 Erwin started working for KPN Research as an innovator, and was especially involved in designing order entry and billing systems for new KPN services such as ADSL. From 2001 Erwin joined TNO to lead the European OpenXchange project focusing on business to business integration. Since then he has been involved in standardization and interoperability research with a special interest in semantic standards.

He is involved in a number of standard domains such as temporary staffing industry, waste, invoices, transportation and education, amongst others. Erwin is the founder of the SETU Timecard standard, which is used nowadays by the whole Dutch staffing industry. He chaired many standardization workgroups, including HR-XML SIDES, SETU and STOSAG. Currently he chairs the Standards steering board for the Dutch Semantic Invoice Model. Erwin was involved in setting up the Integrate consortium that led to the development of several instruments for semantic standards, such as the adoption instrument.

In 2009 he joined the University of Twente part-time to embark on a PhD research program on standardization, while continuing his work for TNO. As well as being involved in teaching activities, Erwin has also presented his work at many international scientific conferences and in 2010 participated in the doctoral consortium of the American Conference on Information Systems. Erwin’s research has led to many publications in books, magazines, conference proceedings, and journals; Electronic Markets and Information Systems and E-Business Management, amongst others.